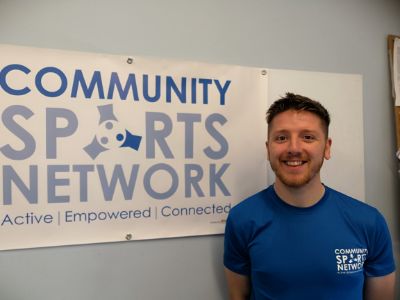 I have been coaching for over 10 years, since the age of 15 in a variety of sports on both a voluntary and paid basis. I have been a facilitator for 5 years since completing my university degrees and further qualifications.

I have had the privilege to Captain or Vice-Captain a number of these squads throughout my playing career.  I have also represented County Antrim in Gaelic Football and Hurling at youth development, Minor, U21 and Senior level. I am a keen sports athlete and have played and been on other teams to include Soccer, Basketball, Golf etc.

I have obtained a range of coaching qualifications ranging from Multi-Sport to sport specific.

In total I have worked for the company close to 5 years. I joined on a voluntary basis and then adopted a part-time position in 2015. Following an internship year in 2016, I was then employed full-time as a Sport for Development Facilitator at the beginning of 2017 until present.

My best memory with CSN was when I co-lead our SheerSKILL Schools programme in 2017. It proved to be a challenging but enjoyable process working with over 50 young people aged 16-19 over a 12 week period from both sides of the community. It was extremely rewarding to see the positive difference and impact our programme had made in such a short period of time to the lives of these young people. It not only helped prepare them professionally but also personally in terms of their own self-development. The programme give me a great sense of pride in working for such a worthwhile and unique charity.

I love the diversity of our work. Every day is different and you meet some fantastic people along the journey.

My favourite sport all day every day is Gaelic Football. Hurling comes in a close second to be fair.
I do love a round of golf now and again too but only when it is sunny and dry!

I have a few but I will note 2;  In Gaelic Football it has to be Alan Brogan from Dublin. He was my favourite player since a kid. I admired not only his ability on the pitch but also how he worked for the team and how he was a true leader.
In football/soccer – Lionel Messi….. enough said!